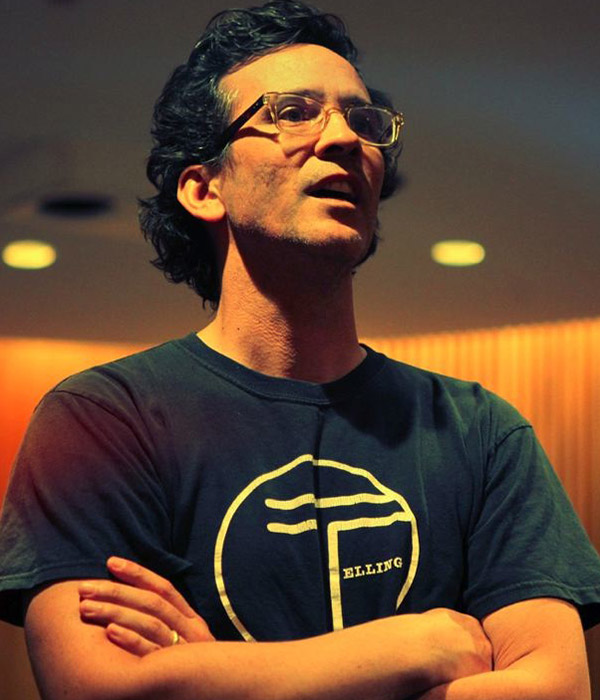 I’m New Here is a collaboration between Jonathan Wei and Austin Community College (ACC), specifically the departments of Creative Writing and the Center for Peace and Conflict Studies. With ACC as host, Wei will work with 5-8 Austin refugees and immigrants, culminating in a fully realized performance in which these individuals (participant performers), after interview, training and rehearsal, will tell their stories of dislocation, transition and re-settlement in the Austin/central Texas community.

Growing up as an anomalous, bi-racial kid in small southern and midwestern towns, Jonathan Wei became attuned at a young age to subtext – the stories behind the stories. He is the founder and artistic director of The Telling Project. His work has been staged at Lincoln Center, the Guthrie Theater, Library of Congress, The Alley Theater in Houston, TX, and Portland Center Stage in Portland, OR among others; appeared in the Village Voice, Iowa Review, North American Review and Glimmer Train, among others; been acknowledged by a Congressional Commendation; and supported by the National Endowment for the Arts and the National Endowment for the Humanities. He is a fellow of the Vermont Studio Center and Atlantic Center for the Arts and holds an MFA from Sarah Lawrence College.